Usually I am such a “Bah, Humbug” person this time of the year.  This year I surprised myself by being sort of in the holiday spirit without any sarcasm.  There are two highlights to this Winter Solstice that I would like to share.

One seasonal highlight is that I took this picture with my direct supervisor Del Kimbrough who is dressed as Santa Claus.  He was asked by the Albany State University Early Learning Center to pose as Santa for the children.  During a break between the classes some of the IT staff wanted to take pictures with Santa.  We had a lot of fun with the photo sessions. 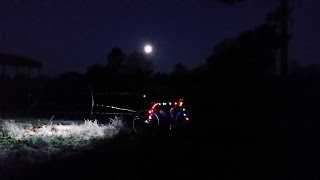 Another highlight of this season is that I put Winter Solstice lights on my bicycle.  I got the inspiration from a rider in the Bicycle Commuter Cabal of which I have been a member for over a year.  I got the battery powered lights at Target.  I have had fun riding to and from work with them on.  during this time of the year my morning and evening commute are mostly in the dark.  I found that the lights gave me a little pick-me-up when I was riding down the dark roads on my bike.  I am not sure how long I will keep them on my bike. 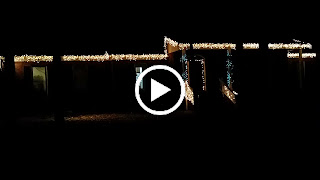 My usual Winter Solstice tradition is now in it’s second year.  I put lights on the home that I have lived in with my wife Sylvia for three years.  Today is our sixth wedding anniversary and we are living a happy life here in SW Georgia.  As this year comes to an end I am inspired by all of the good that is in the world and I look forward to continuing to contribute to bringing happiness to this world that we all share.