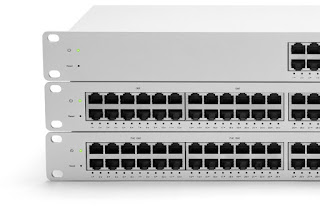 If you hear someone tell you “I know what right looks like” they probably do not know what they are talking about.  I have been to more than one rodeo in my IT career and I have run into more than one IT professional with a degree and certifications that could not get past a SSH command prompt to save their lives.

Knowing networking theory and managing a network are two different ball games. The difference in teaching routing protocols and configuring a router in a production is like the difference between going to church and jumping out of a helicopter in a war zone.  Which guy would you want on your IT team, a preacher or a battle tested sergeant.

When I started taking flak for being a fan boy of Meraki I was convinced that the old school way of managing networks was about to change.  The paradigm of having expensive controllers on site to manage your wired and wireless end points never worked in my opinion. Cisco has never been a company know for developing great software to manage networking devices.  Fortunately Cisco has more money than brains so they can buy what they need. Having a controller in the cloud allows you to manage your network from anywhere.  You can deploy your wireless routers and switches anywhere and manage them from anywhere.

I was not surprised to find out that Cisco purchased them to acquire their cloud based technology.  I told other IT professionals that I bet Cisco would roll out cloud based switches soon.  Some of these IT professionals laughed and mocked me for being so naive about why Cisco purchased Meraki.  much to their surprised the reality has hit the fan and Cisco has announced full support for a cloud controller for the Cisco supported switches.

So I will close with my favorite quote from the great basketball coach of the UCLA Bruins, John Wooden, “It is what you learn after you know it all that counts.”

Posted in Uncategorized
← Sunrise on Cadiz KentuckyHealthy and Happy →